Chelsea boss Antonio Conte has ended the debate over Davide Zappacosta’s first goal by insisting that it was supposed to be a cross. 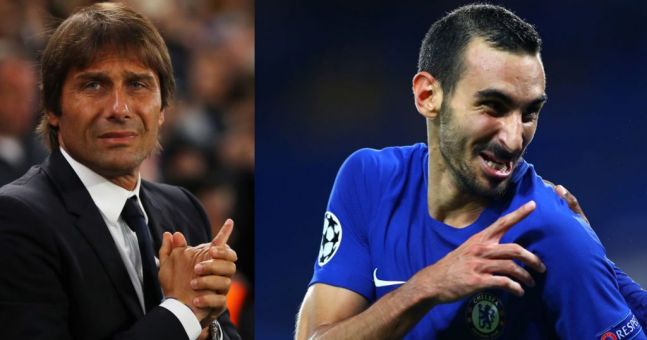 The Italy international notched his goal of his Blues career in sublime fashion as he ran through the right side of the field before shooting at goal from 30 yards out.

Zappacosta scored the second goal in the 6-0 Champions League thrashing of minnows Qarabag, and Conte was impressed with the performance of the Italian in the right wing-back spot, he said: “He told me he was aiming to cross. I think it was a good result. We start the Champions League in the right way. I saw the right commitment from my players. Great focus, great concentration from the start of the game. These are tricky games and we must pay great attention but I’m pleased for the great performance from our players. I think a lot of positive things for us and Batshuayi to score and Zappacosta on his first appearance at Stamford Bridge – he played very well.”

Meanwhile, Conte was also pleased with the role of Eden Hazard, who made another cameo appearance for the Blues off the substitutes’ bench. The Blues face off against London rivals Arsenal in the Premier League this weekend, and the manager will probably revert to his normal side while offering opportunities to the likes of Zappacosta.

The former Torino man nearly scored coming on as a substitute in the 2-1 win over Leicester City last weekend, and his performances are likely to put more pressure on Victor Moses, who is not a natural when it comes to defending. Chelsea have not lost a home game versus Arsenal since 2011, but recent defeats in the FA Cup final and Community Shield at Wembley suggest that they will have to be wary against their north London counterparts.