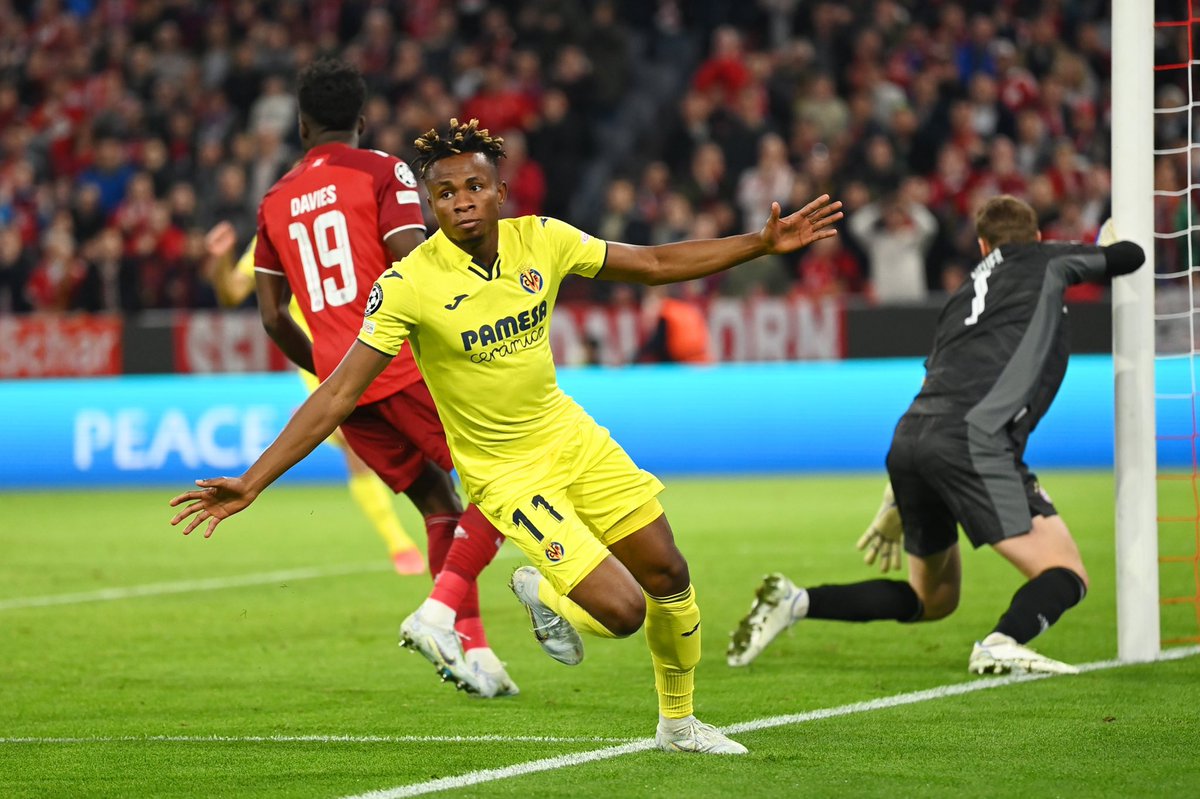 In the second leg, there were no goals in the first half like what was obtainable with the first leg before Polish striker Robert Lewandowski gave hosts Bayern the lead seven minutes into the second half after Thomas Mueller pounced on the sloppy pass from Villarreal skipper Dani Parejo to provide the assist for the goalscorer who has 13 Champions League goals this season.

Thanks to Nigerian star Chukwueze, Bayern Munich have been knocked out of the Champions League at the quarterfinal stagefor the second successive season.