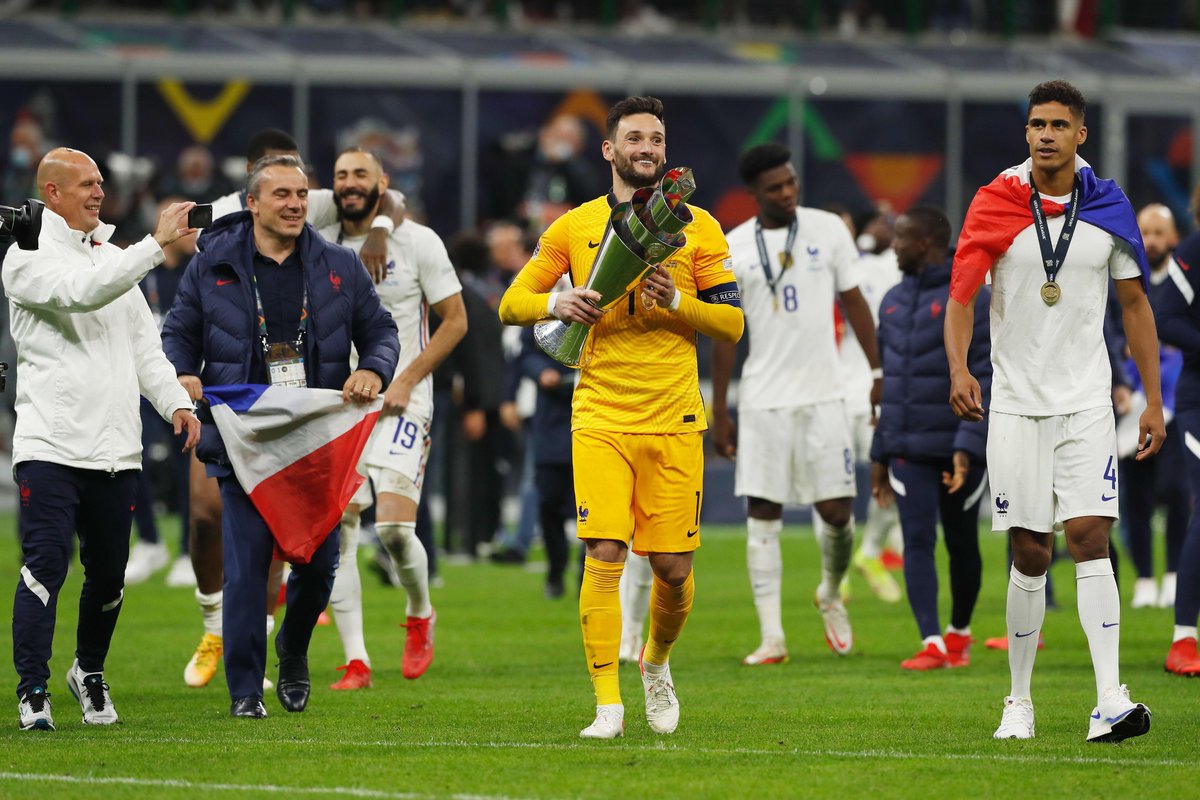 France need just four points from their remaining two qualifiers to guarantetheir place at the World Cup 2022 tournament in Qatar.  The world champions would have made sure of their place at next year’s World Cup tournament as Group D winners from the European section if they were not participating in the UEFA Nations League finals during the international break for this month. France emerged as the UEFA Nations League winners after coming from behind to beat Spain in the final.

Paris Saint Germain (PSG) attacker Mbappe scored a controversial winner as the French team secured the Nations League title with a 2-1 win over Spain. Real Sociedad talisman Mikel Oyarzabal gave Spain the lead in the second half before it was cancelled out by the goal from Karim Benzema to pave the way for Mbappe to score the winning goal in the final ten minutes.

In Group D, France have a three-point lead over Ukraine having played a game less than the Ukrainians in second place. Finland are a further point back in third place, while Bosnia & Herzegovina are also a point away from Finland in fourth spot. All four teams can still qualify for the World Cup 2022 tournament, while bottom team Kazakhstan are out of the running in the five-team group.

France are at home to Kazakhstan for their next game in their group, before an away game against Finland to wrap up their World Cup 2022 qualifiers. A win and a draw will take France to the tournament irrespective of what happens elsewhere. Before Finland face France at home on the final day of the qualifiers in Group D of the European section, they will travel to face Bosnia and Herzegovina in Zenica. Bosnia have two home games against Finland and Ukraine to wrap up their World Cup 2022 qualifiers.