Germany head coach Joachim Loew has left out Mesut Ozil and Sami Khedira for the upcoming set of international fixtures. 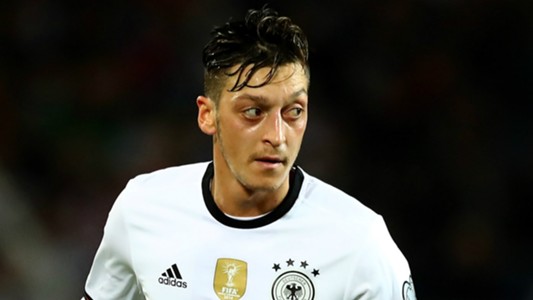 The World Cup champions will be assured of a place in next year’s showpiece tournament in Russia, should they avoid a defeat against Northern Ireland, who trail them by five points in Group C. Other than that, they face a game against Azerbaijan, where Loew could potentially test his bench strength.

Speaking to reporters, Loew admitted that the likes of Ozil and Khedira have been left out of the national squad in order to recover from their respective injuries. The German pair have had their fitness issues since the start of the campaign, and Loew wants them in the best of shape ahead of the international friendlies next year.

He said: “It is unfortunate that some of our key players will not be with us. I expect Mesut Ozil and Sami Khedira to recover during this break for international matches. That is more important for them now. What will be decisive for us is that the players are fully fit next year.”

Meanwhile, there were a couple more high-profile players missing the list in the form of the injured Manuel Neuer and Mario Gomez. Jerome Boateng was left out of the matchday squad during Bayern Munich’s 3-0 thumping at the hands of Paris Saint-Germain, but he has nevertheless earned the recall to the German setup.

Leroy Sane was left out of the previous team selection, but he has earned a route back to the squad following a string of impressive performances despite coming on a second-half substitute on most occasions. The German is likely to earn a start in this weekend’s Premier League clash against Chelsea after Sergio Aguero sustained a fractured rib in a car accident in the Netherlands earlier in the week.