Republic of Ireland national team manager Martin O’neill is angry that his side was denied a late winner when they played Austria in a World Cup qualifier over the weekend. 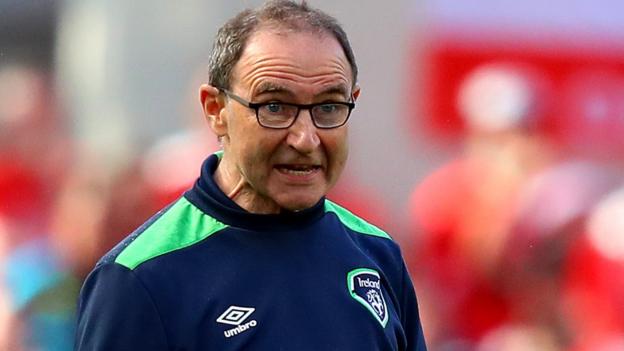 Shane Duffy had risen higher to score but the referee David Borbalan ruled that it was a foul on Konrad Lainer.

Martin Hinteregger had scored first for Austria in the first half but Ireland returned stronger to get an equalizer through Jonathan Walters. It was five minutes to the end of the game when they equalized so many thought they had completely turned the game on its head when Duffy scored before the ref ruled it out.

“There’s nothing wrong with it at all – he’s called a foul on Shane Duffy and I can’t see it. We were very sloppy in the first half but went roaring into it in the second half and got the goal,” O’Neill said.

The results means the Rep of Ireland are second but they are level on points with Serbia. Serbia failed to defeat Wales as the game ended 1-1. Aaron Ramsey had scored a penalty first in one of the most difficult European sites before Aleksandar Mitrovic equalized.

O’Neill said his side were “fantastic” in the second half and that he thought Duffy’s disallowed effort was a goal. He praised Jon Walters for “strength and character” and the fans who he thought were “ferocious.”
The goalscorer Walters is excited that his goal ensured the team continued their unbeaten run in the qualifiers.