Football fans from around the globe will get the chance to book their free train tickets in advance in order to avoid any congestion prior to the 2018 FIFA World Cup in Russia. 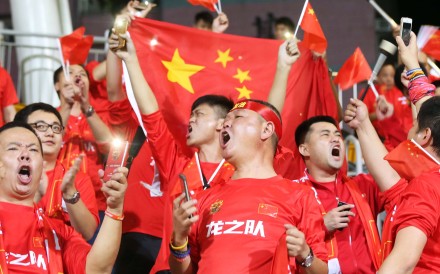 The trains between the Russian cities will come without cost so long as they are selected to host the games in the showpiece tournament.

“We usually offer tickets 45 days before the scheduled train departure, but we want to shift the date to half a year in advance,” TerentyMescheryakov, the head of the 2018-Transportation Directorate, said. “This is why we want to publish the schedule in early fall and make tickets available for booking starting in December or after the New Year celebrations. We are putting into operation more trains and the exact number will be announced after the schedule gets approval. We have the task of providing a good travel between the cities and we will cope with it.”

The European nation utilised an additional 262 trains during the recently concluded Confederations Cup, where the fans were offered trips free of charge, provided they had match tickets and the Fan-IDs in their pockets. The tournament was conducted successfully between June 17 and July 2 with the country managing to keep out hooligans from disrupting the flow of games. Chile took on reigning World Cup champions Germany in the final with the latter coming out as 1-0 victors on the night thanks to a goal from Lars Stindl.

The Confederations Cup was held in just four cities this summer, but the World Cup will be extended to 11 with Moscow, St. Petersburg, Sochi, Kazan, Saransk, Kaliningrad, Volgograd, Rostov-on-Don, Nizhny Novgorod, Yekaterinburg and Samara playing hosts to some of the world’s elite.

No country has managed to retain the World Cup crown since the Brazilian side of the 1960s, and Germany will look to break the recent trend which has seen former World Cup champions Italy and Spain bow out in the group stages of previous tournaments.